New York City’s subway system has posted its first dip in ridership since 2009, according to data from the Metropolitan Transportation Authority. The news follows a news week full of reported transit passenger declines in Los Angeles and San Francisco. And, for years, nearly every city in the U.S. (with a few notable exceptions) has posted negative percent changes, too.

Which raises two questions as old as public transit itself: Where do the riders go, when they go? And how can cities bring them back?

Some of the factors behind these declines are national, as the transportation scholar David Levinson points out via email. The economy is expanding, and oil prices are plunging. People are buying more cars and driving them more often, both to work and to weekend activities that are better served by vehicles. American cities continue to suburbanize, and as they do, taking transit often becomes a less attractive option. Immigrants, long a strong base of ridership for agencies, are increasingly moving out of urban centers… and buying and driving their own vehicles.

Then, there are the local forces that might be triggering declines from town to town. Weather and employment all factor in. In some cities, reliability issues are also dissuading people from riding buses and trains: See poster-child Washington, D.C., where lethally under-maintained trains drove WMATA to cut service for long stretches of time this year and last. Passengers on San Francisco’s BART trains are verifiably vanishing; overcrowded, delay-prone trains that shriek when they (finally) pull into stations are probable drivers.

In other cities, rail numbers grow while bus numbers fall. That’s true in Los Angeles, where thickening traffic and construction hold-ups are slowing buses and perhaps discouraging passengers. In Chicago, CTA bus ridership dropped by nearly 20 percent between 2008 and 2016, “even as rail ridership has increased by roughly the same amount,” writes the urban policy analyst Daniel Kay Hertz; service cuts likely bear a good deal of blame. (There may be some issues with the ridership data itself, too.)

Little is certain in the murky realm of transit ridership interpretation.

In New York, bus ridership has waned for years; chalk it up there to too-slow and too-unreliable service. And yes, subway usage also fell 0.3 percent last year, as the New York Times reported this week—but weekday ridership is at an all-time high, while weekend ridership has dropped about 3 percent. There is likely a service connection there, too: Weekends are when subways are more often out of service due to repairs. Of course, weekends are also when folks who aren’t working are more likely to take an unusual trip somewhere—their friends in the Bronx, that concert south of Prospect Park—and for those kinds of occasional trips, a ride in an Uber or Lyft might be more reasonable.

Which leads to a theory raised in most reports of declining public transportation use: Those ride-hailing services are stealing passengers. This argument probably holds truest for weekend boardings. But the best research out there (and there isn’t much yet) suggests most workers don’t rely on Uber and Lyft for regular daily commutes. Ride-hailing may even be more supportive of transit than competitive, at least in the biggest cities (smaller cities might be another question). At the very least, it doesn’t seem to be siphoning a significant number of riders away. When Uber and Lyft left Austin, mass transit saw a very modest one percent bump in ridership, according to the transportation consultant Jarrett Walker.

Meanwhile, more and more cities—including the ones that are registering dips in transit—are offering different kinds of transportation options luring people out of single-passenger cars. Citibike’s incredible success in New York City is one example. As Sharon Feigon, executive director of the Shared-Use Mobility Center, points out, declining transit numbers may not sound great, “but the question is really about how you define success.”

Only three U.S. cities saw a greater than 1 percent increase in ridership between 2015 and 2016; the top two were Houston and Seattle, which have both undergone radical overhauls of their bus networks. Seattle also invested heavily in its rail network, as well as walking and biking infrastructure—and the metro will get more money for buses and trains with the recent passage of Sound Transit 3.

Little is certain in the murky realm of transit ridership interpretation, except perhaps one thing: If cities want to lure passengers onto trains and buses, paying attention to cracks in both types of networks, and investing to fix them, is a pretty sure bet. 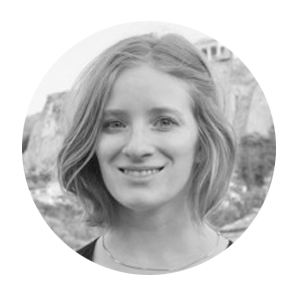