Did you know the average US commuter spends almost 50 hours in traffic per year? This causes them to waste not only thousands of dollars on gas that doesn’t take them anywhere but also valuable time which they don’t spend on work, earning money or spending time with friends and family. Another shocking fact – 86% of Americans commute by car and a more than ¾ of them have reported traveling alone in their car on a daily basis. What a waste. And not to mention the implications it has on the environment and our health. Why are cars still such a huge part of urban living and ruling the streets with no one questioning their constantly growing numbers? Are we so used to driving cars, that we have become blindsided by the fact that modern cities are more accommodating to cars than for people who live in them?

A Reflection of Us

It’s easy to point fingers, isn’t it? Too many cars, new highways being built, endless congestion, parks replaced with parking lots, not enough greenery, can’t walk anywhere, no bike lanes. The list goes on. But it’s a list that is reflecting our lifestyle.

Most of us who live in big cities, work in high-rise buildings and commute in a 2-5-mile radius. Public transport often solves the problem of short-distance travel, but it rarely takes you exactly where you want to go. Consequently, we opt for rideshare apps, taxis or our own cars to run errands, and get to and from work – even if it’s just a few miles away. It’s just so convenient, and everyone is doing it anyway.

But if everyone looked at their car usage critically, they’d realize that we use cars much more than we actually need and a lot more than our cities can tolerate. Yet, using a 4000- pound four-wheeled vehicle to move a 150-pound person is something many of us still don’t question. But I believe, we would question it more often, if we had more alternatives.

Our cities are in a dire need for a vehicle that is zero-emission, compact, functional and helps us efficiently travel short distances faster. People are slowly opting for electric two-wheelers, which help them be more sustainable as well as more mobile in an urban setting.

We created  Stigo so that people would have an alternative that helps them travel short distances much faster and therefore allows them much more independence. A foldable electric vehicle, with a comfortable seating which you can charge and take with you anywhere you go. Of course, we think Stigo is the best portable electric vehicle out there and solving all the main problems of urban commuters, but we’re well aware one product is not going to change the world – or change or cities. People will.

The more alternatives we have out there, the closer we are to getting more people using them. And new perceptions and habits will eventually create a new normal in how we live and travel in cities. Which again affects how our cities are being built and developed. That should be the inspiration of every electric vehicle manufacturer. If in the process of being inspired you’re able to make your product a success which people love to use, you’re just one step closer to changing the world. 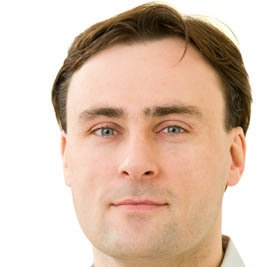 Ardo Reinsalu is the CEO and Co-founder of Stigo, a developer of the fastest folding electric scooters in the world. His previous experience includes IT management, new technology development, and founding companies in the healthcare, energy, and transportation sectors.