I hear this a lot. As an attorney living and working in Los Angeles, I’m somewhat of an oddity, in that unlike seemingly all of my colleagues, I don’t drive to work. In fact, I hardly drive at all—my wife generally uses our one car to commute and cart our kids around. My friends see me waiting at the bus stop or walking to the Metro station and express their concern. I tell them not to worry, it’s by design.

I walk, bike, take the train and take the bus in “car-centric” LA. Such dedication comes with its ups and downs. Walking in this city can be an absolute pleasure or a real nightmare. But as I look out of my commuter bus in the morning heading downtown, I don’t just see triumphs and failings of city planning; I see the best and worst of my own profession.

At the core of every city’s urban landscape is a set of laws quietly dictating how the city will look and feel: lot size requirements that define a neighborhood, density restrictions that push development further out, parking minimums that lead to parking garages that lead to level-of-service mitigation that lead to wider roads—work your way backwards from any issue you see and at the heart you’re bound to find a law.

I think most people assume that the built environment of a city is representative of the collective conscious of its inhabitants. But while a city’s citizens help shape the culture and landscape of their home, their desires can be limited by the very codes they live under. In this case, despite the best intentions of legislators and lawyers crafting the law, the result is a city that doesn’t always represent the culture of its people.

Downtown Los Angeles is a great example. Once a thriving hub, it has become the butt of jokes. No one lives downtown. A ghost town after 5:00. Talk to any urbanist living in this city and they’ll give you myriad reasons why (or may disagree altogether it was ever really deserted), but the stats (and the skyline) don’t lie. In 1999, the population was 18,700. As of 2016, 65,185 people live in “DTLA,” as many call it now. The reason for the surge in growth isn’t just the result of some millennial drive towards urban centers, but rather has roots in a law.

In 1999, the Los Angeles City Council passed the Adaptive Reuse Ordinance, which allowed historic downtown commercial structures to be converted to other uses without being subjected to the same requirements as new construction. Historic office buildings could be converted to apartments without building an adjacent parking garage to fulfill parking minimums, for instance. The floodgates opened, and the increasing population paved the way for new projects to be built.

Today, there are still many laws that could be written or removed that would work toward a better Los Angeles. And there are plenty of opportunities for more mistakes in the future. Nothing poses a greater threat or opportunity than the promise of autonomous vehicles.

The coming revolution in cars that drive themselves will have a profound effect on the urban environment. The question is what it will look like. Our wide roads may only get wider if there are more vehicles circling and waiting for passengers or advertising products. Extended commute times will be far more bearable when you’re not behind the wheel, which could increase the sprawl. Cheaper shipping may only increase the number of trucks on the road or drones in the air. But the opportunities are there, as well. Parking garages could become obsolete. An increase in safety could mean more livable streets. The difference will be whether we let the technology shape our laws or channel the future to ensure a better, smarter urban landscape.

This morning, I went for a run with my dog. I walked my kids to school. I took the train downtown to work. Tonight I’ll grab a drink with friends and call for a ride home on my phone. Los Angeles isn’t a car city; it’s a people city, and our laws should reflect that fact. 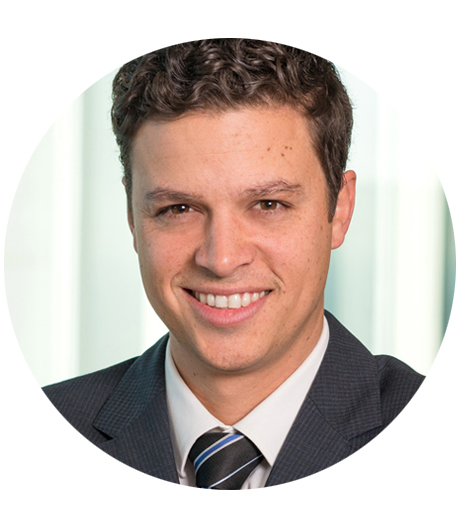 Garth Bostic is a Los Angeles-based associate at Nixon Peabody, a global law firm. He works with clients, from property owners to developers and investors, on a variety of commercial real estate transactions and corporate matters. Garth assists clients with structuring and negotiating real estate transactions, including acquisitions and sales and leases. He helps private, public and nonprofit developers finance and develop a variety of mixed-use, residential and health care projects, as well as projects utilizing tax credits.