From Autonomous Vehicles to Autonomous Fleets: The Need for Orchestration

From Autonomous Vehicles to Autonomous Fleets: The Need for Orchestration

While much has been written about autonomous vehicles (AVs), the focus has primarily been on the safety of individual vehicles. When will AVs be safe enough to drive themselves around cities without injuring passengers or passers-by? Less attention has been paid to the question of how large fleets of AVs will be able to work together to deliver efficient services.

The question of fleet performance is important if AVs are to deliver on the promise to reduce congestion and pollution by moving more people with fewer vehicles. To accomplish this, AVs will have to be deployed primarily in the form of shared services, and the services will have to be far more efficient than what they replace.

There is growing concern that individually-owned AVs could make traffic in congested cities even worse. One study estimated that if AVs replaced private autos, traffic in San Francisco would double. That’s because it will be far more cost-effective for the vehicle to return home rather than park after it drops off its passenger.

Picture this, as Australian traffic researcher Jennifer Kent said, “In the world of fully autonomous vehicles, they would inevitably opt to save that $10 per day and have their car drive them to work, drop them off, take itself home, only to return when the driver summons it at the end of the day. That makes a 20km day a 40km day. And imagine that for the millions of households across the city.”

“Autonomous vehicles could be a blessing for society if they are electric and shared, a disaster if gasoline-powered and individually owned,” green tech analyst Jeff McMahon wrote in Forbes. “In the blessing scenario, carbon emissions plummet, traffic lightens, accidents and fatalities disappear, and vast expanses of roadway and parking space open to reuse.”

But getting shared mobility services right is an enormous challenge. Look at current peer-to-peer ridehailing services. First, they have made traffic worse in most cities, adding 5.7 billion vehicle-miles to U.S. cities alone, and they travel 2.8 miles empty for every mile they carry a passenger. The pooled services aren’t much more efficient, traveling 2.6 miles empty for every passenger-mile.

For self-driving fleets to do better they will have to be orchestrated with efficiency far beyond what peer-to-peer ridehailing currently offers. Solving this challenge at scale is technically and algorithmically extremely challenging. Deciding which vehicle should go where at any moment in time requires evaluating and optimizing a number of possible solutions that grows exponentially with the size of the operation.

This immense decision space is highly fragmented due to the many business requirements that any feasible vehicle plan needs to fulfill, from vehicle constraints like capacity and energy or access to certain road segments, to passenger constraints like maximum waiting time or excess ride time limits. These decisions need to be made and vehicles must be dispatched in split seconds to react to incoming bookings and ride requests instantaneously while taking into account the current and future traffic conditions and demands.

It is also necessary to be able to quickly respond to the many events affecting operations: traveler interactions, vehicle state information, road and traffic conditions, to mention only a few. Even possible failures at any point in the system must be anticipated and resolved with built-in resiliency mechanisms.

Getting There from Here

Can it be done? Simulations say yes. Using taxi rides as a proxy for demand, MIT researchers found that 3,000 four-passenger cars could serve 98 percent of the demand otherwise met by 14,000 taxis in New York City, with an average wait-time of only 2.7 minutes. The study also found that 95 percent of demand could be met by 2,000 10-person vehicles.

To test this theory, Bestmile data scientists studied taxi data from the city of Chicago and used the Bestmile Fleet Orchestration Platform to model how a shared service could perform compared to the taxi service. The study found that 400 6-person shared vehicles could accommodate the 99.7 percent of the trips of Chicago’s entire 2700-vehice taxi fleet, with excess ride times from three to six minutes.

More than a Car

New types of vehicles—autonomous or human-driven—will not alone solve urban congestion problems.  The ability to cut the number of vehicles by a factor of four to seven shows the promise of an optimized and orchestrated mobility service design. When AVs are ready for mass deployment, service providers will need to think about fleet efficiency as much as they do about vehicle safety. 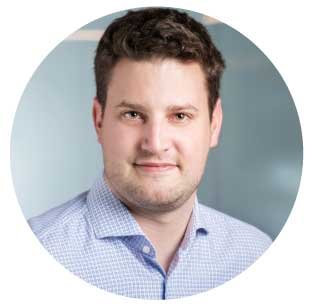 Raphaël Gindrat is the CEO and Co-Founder of Bestmile. Bestmile provides the first platform allowing for the intelligent operation and optimization of autonomous vehicle fleets, regardless of their brand or type, leveraging their full potential to tackle urban mobility challenges. Raphaël holds a Master’s degree in Civil Engineering with a specialization in Transportation from the Swiss Federal Institute of Technology in Lausanne (EPFL). Raphaël’s expertise comes from his early involvement in the world of autonomous mobility. He tested and operated some of the first prototypes of autonomous vehicles and was actively involved in the European project CityMobil2.