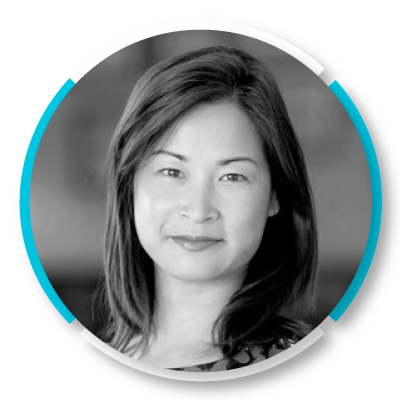 Christine Harada is President of i(x) investments. Ms. Harada has over 20 years of success in leading government and management consulting organizations. She previously served as the Federal Chief Sustainability Officer for the United States during the Obama administration. In this role, she provided oversight for all sustainability-related initiatives across the federal government in energy, fleet, and acquisitions-game-changing improvements that added to our nation’s clean energy future.

Her successes include developing and implementing policies to reduce the Federal government’s carbon footprint that resulted in an 18% reduction in greenhouse gas emissions, a 23% reduction in energy use at Federal facilities and 177 billion gallons of drinkable water saved. She also was responsible for investing $4B in federal building to improve aging infrastructure and lower overall energy consumption that led to an estimated 33,700 private sector jobs and resulted in efficiency gains that will save 1.4 million tons of CO2 emissions annually.

Prior to her White House role, Ms. Harada was the Acting Chief of Staff and U.S. General Services Administration where she was responsible for the overall operations supporting 12,000 federal workers with an annual operating budget of $26B. While at the GSA, Ms. Harada also served as Associate Administrator, Government-wide Policy and Chief Acquisition Officer responsible for transforming a “business model” to provide more proactive, evidence-based policies, and increased transparency at the agency.

She has extensive expertise in business strategy and translating that into operational excellence. Concurrently, she is a Fellow with the Los Angeles CleanTech Incubator. In addition, she is a member of the board of directors of Novume Solutions and the Millennium Institute.