Changing the Conversation on Safety in Southern California

Changing the Conversation on Safety in Southern California

On any given day in Southern California, four people are killed by a car or a truck, and most of those fatalities occur on local roadways. Traffic collisions are the leading cause of death for children between ages 5 and 14 in Los Angeles County. And the problem is only getting worse: the number of pedestrians killed in crashes grew 50 percent between 2011 and 2016.

These are alarming statistics, yet people aren’t alarmed. If you ask the general public what the biggest problem with the transportation system is, the resounding response will be: Traffic. And when provided a list of top issues such as healthcare, gun control and immigration, focus group participants rank traffic safety as one of the least important of their problems. Why? Why are we collectively so willing to accept people dying on our roads every day?

In 2015, the Southern California Association of Governments (SCAG) launched Go Human, a multi-faceted advertising and outreach campaign to reduce collisions and encourage biking and walking.  With a focus on public education and awareness, the campaign aims to remind people to watch out for all roadway users — it’s the human thing to do. As we retool and expand our outreach tactics in 2019, the data is pulling us in new directions with insights to give Southern Californians the courage to care. 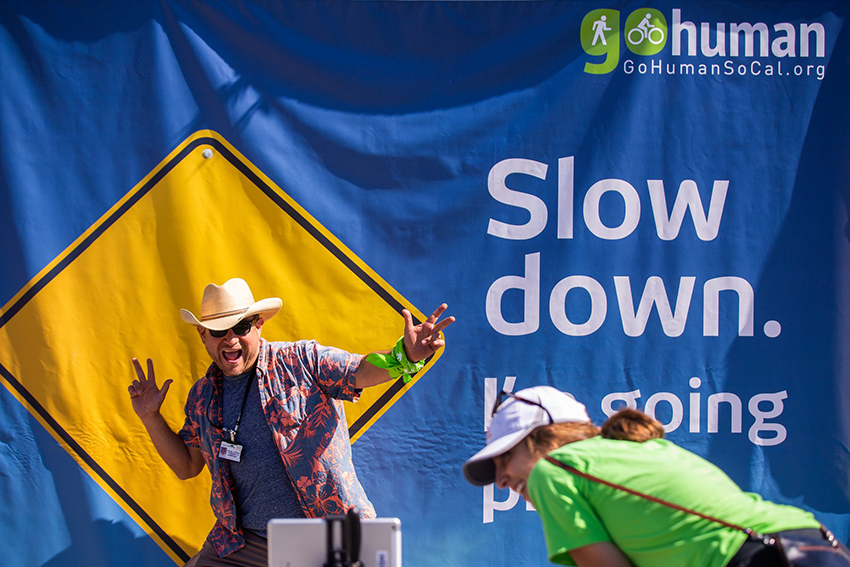 Insight #1: This problem is not too big to solve. It is true that Southern California is vast, with more than 100,000 miles of roadways over which millions of people travel every day. However, 65 percent of fatalities and serious injuries during the last five years have occurred on less than 2 percent of the region’s roadway network. This is not an unusual finding. Increasingly, cities across the nation are analyzing and mapping high-injury networks. The data reveals most fatalities and serious injuries occur on relatively few roadways. Somehow we’ve all normalized and become numb to roadway fatalities, but they don’t have to be normal.

Insight #2: The trade-offs aren’t too great. Some people’s reaction to road diets would suggest safety and greater mobility are incompatible. However, for nearly three decades, the Federal Highway Administration has studied road diets, a common yet vilified safety measure, and found the opposite to be true in most cases. A typical road diet implemented strategically—involving the conversion of a four lane, undivided roadway segment to a three-lane segment, results in a 19 to 47 percent crash reduction, reduced vehicle speed, as well as differential and improved mobility. Improved mobility isn’t just for people walking and biking, it applies to drivers too.  The separation of left-turning traffic through the introduction of a center lane reduces delays at signalized intersections. Cars can more comfortably enter the mainline roadway when there are fewer lanes to cross, improving the flow of traffic and reducing backups on side streets.

Insight #3: Our communities welcome change, when invited to shape it. For the past three years, SCAG has partnered with cities and counties on 24 Go Human demonstration projects to help residents reimagine streets for greater safety and mobility through the deployment of temporary installations.  The community feedback captured at these events has been overwhelmingly positive, with 98 percent of respondents supportive of making temporary improvements permanent. 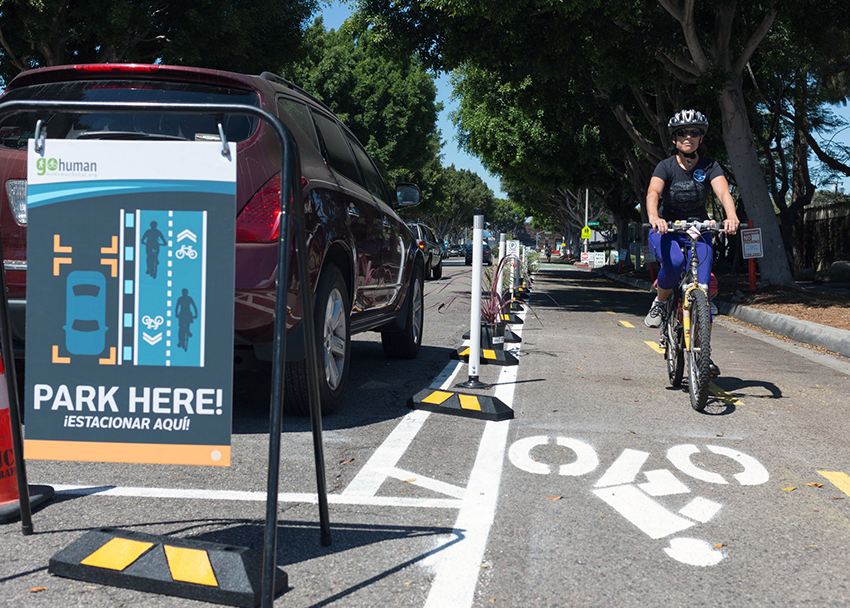 For planners, engineers, policy-makers and technologists engaged and leading the new mobility revolution, the greatest barriers to success often aren’t technical, but cultural. Changing the car-centric culture in Southern California is a heavy lift that will take time, but the increased excitement we see at our demonstration events makes us hopeful. These and other open streets events encourage the kind of cultural shift that can ultimately improve safety and motivate people to get out of their cars and walk or bike instead.

The SCAG Go Human team will be at the LA CoMotion Mobility Festival on November 17 to display sample elements of its Safety Kit-Of-Parts, a suite of tools for any city to easily demonstrate bike and pedestrian friendly infrastructure. We look forward to exploring strategies and partnerships with new mobility leaders to elevate the public dialogue on traffic safety. 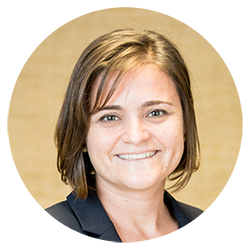 Sarah Jepson is the manager of the Active Transportation and Special Programs department at the Southern California Association of Government (SCAG). In this role, she is responsible for overseeing long-range planning and policy development in the areas of active transportation, public health, energy and water.