Shared bicycles: much more than just a change in habit

Shared bicycles: much more than just a change in habit 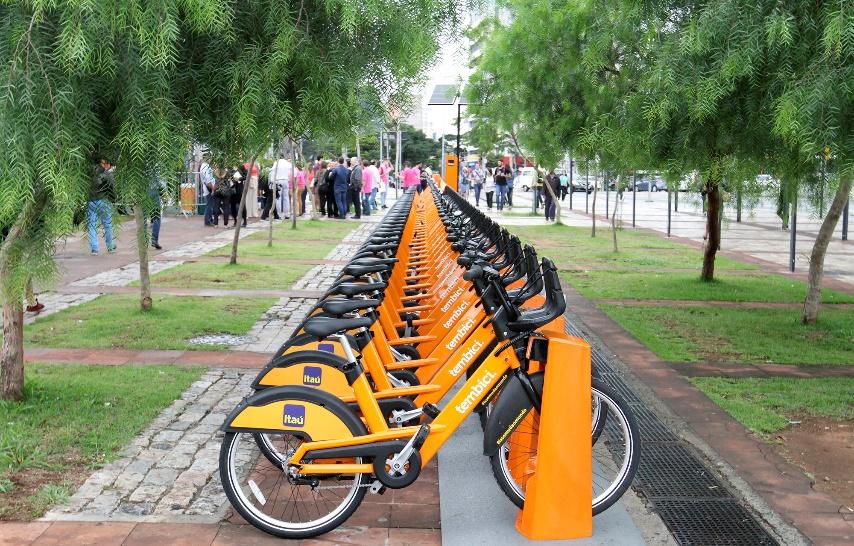 Urban mobility is a major global challenge, and it is no different in Brazil, particularly in cities that are densely populated and with large vehicle fleets. As an essentially urban bank, Itaú Unibanco has taken the decision to include among its initiatives a platform of investments for encouraging changing habits and offering real benefits to the inhabitants of Brazilian megacities.

With that in mind, the commitment to promote the bicycle as a means of transportation was born. It all began in 2011 with the sponsorship of Bike Rio, the first public bike sharing system in Brazil. Currently, the shared bike docking stations are installed in six provincial states in the country, accounting for 20 million journeys and  3 million registered users. Being the first Brazilian company to pioneer a bike sharing system with nationwide dimensions, this initially provoked a great deal of uncertainty as to its viability.

These uncertainties have since been resolved and our bike sharing system is today a reality in six states in Brazil and as well as abroad. In aggregate, there are more than 8 thousand bicycles being pedaled around cities such as Rio de Janeiro, Belo Horizonte, São Paulo, Porto Alegre and Salvador as well as the state of Pernambuco where we operate schemes in the cities of Recife, Olinda and Jaboatão dos Guararapes. Santiago, in Chile, was our first installation outside Brazil in Latin America. 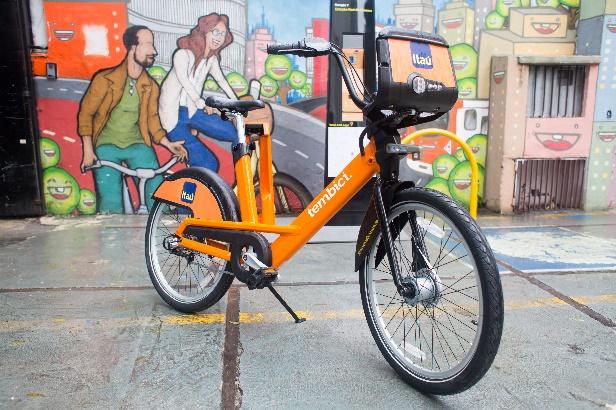 This initiative is already a major tendency globally and an instrument towards developing sustainable cities. Such initiatives are proven to be the right ones; not only because they fit with commitments to develop the communities where we work to generate shared value in but also because they are borne out every day by the numbers.

The program has already wrought a significant change in habits. In São Paulo, 63% of all project users began to pedal following the scheme’s launch; in the case of Rio de Janeiro, it was 58% and in Porto Alegre, 53%. Whether it is in the quality of life, the ability to escape congestion or substitute the walk to catch public transportation,  the reality is that more and more are signing up to pedaling, little by little transforming the dynamics of major urban centers.

Today it is already possible to verify how this change in habit reflects directly in the economic scenario. According to the Social Impact of Bicycle Use in the City of São Paulo study (2017), it would be possible to increase the annual GDP of São Paulo – the largest Brazilian conurbation – by USD$ 13.3 million. This is what the improvement in employee productivity would be if the cyclable potential of journeys currently undertaken by bus and car were to be fully absorbed by the cyclists.

The same study reveals a potential saving of USD$ 8.9 million in the public health system, also using São Paulo as a reference. This takes into account the physical activity profile of the cyclist and the consequent drastic reduction in hospitalizations each year due to health problems, a sedentary lifestyle being among the principal causes.

Besides the investment in a mobility platform – today worth USD$ 15.6 million – we are constantly adapting to public demand whether in the form of infrastructure, technology or facilities. Today, users are able to withdraw and return bicycles to any one of the available docking stations using such options as smartphone or travel card, obviating the need for a credit card.

At the end of the day, it is undeniable that cities must become more sustainable while making urban mobility more efficient. While bicycles are just one of the ways of meeting the challenges of a car-centric reality, the effect of this shift in habit towards personal and active mobility permits us to visualize a thoroughly optimistic future. 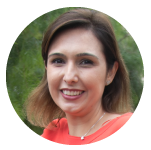 Luciana Nicola is the Institutional and Government Relations Superintendent of Itaú Unibanco. Graduated in Law School and specialized in Corporate Communication at ESPM (Escola Superior de Propaganda e Marketing), she holds a master’s in leadership and Public Manager at CLP (Centro de Liderança Pública) with a module at Harvard and has 18 years of experience in corporate and institutional relationships and 3rd sector. Luciana was responsible for the creation of the urban mobility platform of Itaú Unibanco, that totalizes more than 20 million trips since the beginning of the project, in November 2011, and promotes the bicycle as a means of transportation.