Congestion has gotten really bad. Vehicle Miles Traveled (VMTs) are at an all time high.  No one likes traffic; not the drivers, not the riders and certainly not the environment. But why aren’t people taking any action to prevent it?  The solution is simple – get out of your car.

It’s hard not to blame population growth in US cities for part of this. With more people comes more cars on the road.  This is especially true when there aren’t good mass transit options. Did you know that a third of all vehicle trips in this country are under 3 miles?

Cars have been a major part of American life for more than 60 years; laws have been passed to encourage their use, more roads have been built to accommodate them, and they’ve been glorified in movies and pop culture. But at the end of the day, cars cause traffic and pollution and we need to be more conscious of how we use them and plan our cities around them. American motorists, on average, spend 17 hrs per year looking for parking – costing $73 Billion.

The problem is the options for short trips are still limited.  Those that work, like scooters and bikes, don’t work for everybody.  And the rideshare services that people like aren’t good for short distances.

Transportation Network Companies (TNCs – Uber, Lyft, etc.)  have been blamed for the recent spike in congestion. A recent Schaller Consulting report showed that private TNCs increase driving miles by 180%. That’s a big number and it’s obvious why;  think about getting a TNC to go a mile away – the driver was driving an empty car, picked you up, drove a mile and then drove around looking for his next ride (or moved to a busier “surging” area).  While the case that “pooling” or aggregating riders together will reduce traffic most of these rides aren’t shared. Remember Uber’s first slogan, “Everyone’s private driver?” To begin with, many of these riders weren’t driving in the first place.

To compound the issue,  drivers for these TNC companies are 1099 employees, meaning the companies only pay them when they’re on a ride.  TNCs make money per transaction, so they’re fully incentivized to have as many cars on the roads as possible. More cars, more rides, more money.

Mass Transit can take some of the blame too.  People don’t like it, it doesn’t show up at your front door, it doesn’t leave you where you want to go, it isn’t enjoyable to ride and it isn’t cheap. On top of this, negative stigmas and our “car culture” have lead to infrastructure decisions that make it difficult to change.  Enrique Penalosa, the former mayor of Bogata, Colombia, recently said “a developed country is not a place where the poor have cars. It’s where the rich use public transportation.”

When people don’t like mass transit they won’t use it and the preference for TNCs will only continue to grow.  TNCs are causing consumers to shift further away from public transportation. The on-demand culture encourages riders to prefer their “own private driver.”   The stigma attached to “riding the bus” is only strengthened by the notion, “why didn’t you just take an Uber.” These services are not only adding cars but increasing the demand for them.

“Micro-transit” programs attempt to resolve this issue, but many of these pilots are failing and some of these companies are going out of business.  People don’t like paying to walk to a stop and then climb over a stranger to get into the back of a minivan. Even some of the “successful” pilots are touting cost-per-rider figures of over $10.  That’s just not sustainable. 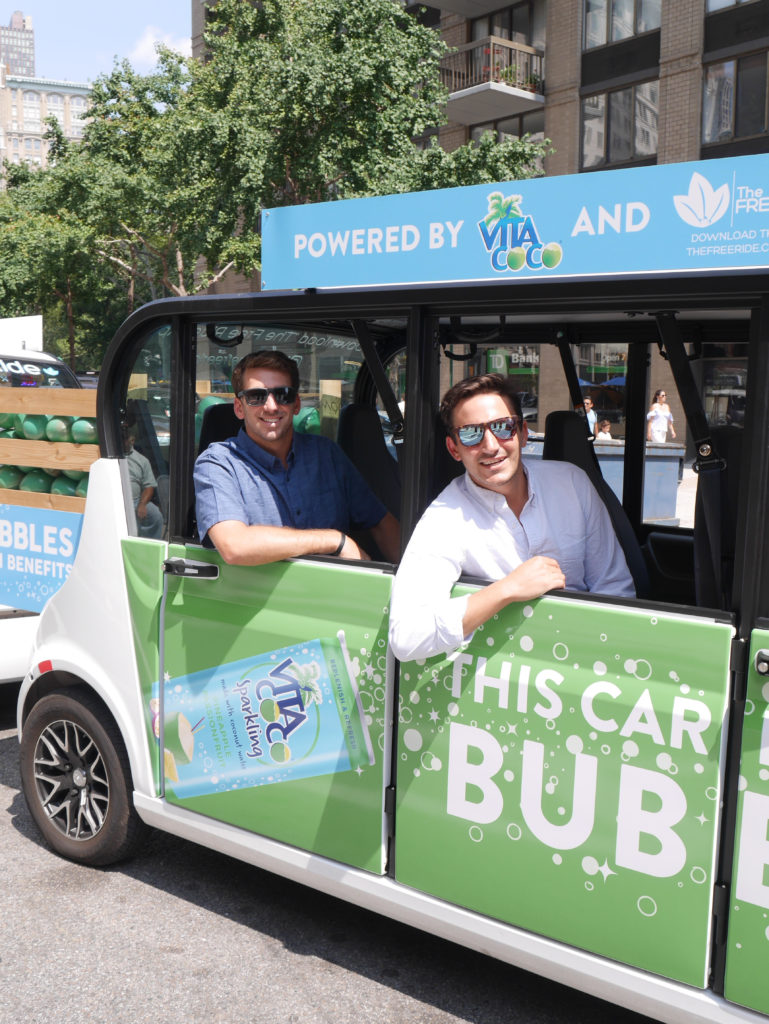 When my business partner, James Mirras, and I started The Free Ride in East Hampton in 2011, the objective was simple – park at this empty parking lot and get a free ride to the beach where there was very little parking available.  Since then, the company has expanded into the all-electric, “first/last” mile transit solution that it is today, but the goal of that first route and how we did it, is a viable example of how we can move towards improving this growing problem.

Admittedly, many of the system’s advantages came to light after we started running, but what we did was simple.  We used electric cars to cut out the cost of fuel and help the environment. We pooled passengers at underutilized parking lots and existing transit hubs; making use of existing infrastructure.  We collected data and made improvements on the fly. We worked with private advertisers to offset the cost and provide an engaging experience at zero cost to the rider. We hired our drivers to keep control of the service.  And most of all we used vehicles that were green and enjoyable to ride. People liked the cars, enjoyed the samples from our advertisers and the riders thought it was cool.

It works.  We’ve run successful programs with innovative groups like Civic San Diego, the City of Long Beach, The Santa Monica Travel and Tourism authority, and we just started a new circulator program in Hollywood, Florida this week.

Recently, in working with URBAN-X, the MINI-backed startup accelerator, we decided to change the name of our business to Circuit.  Circuit aligns with the business’s development.  It isn’t just about getting a free ride anymore (don’t worry they’re still free), but about making connections and helping to solve a much bigger problem.  We use electric vehicles to connect people over short distances, with mass transit, with the brands and cities we work with, and with each other. We can all play a part in this congestion problem, but we need to be aware of our choices’ impacts and connect with the solutions that can help make a difference.

City planners can learn from this simple shuttle concept.  If public/mass transit options are connected, innovative, inexpensive and fun, then they’ll shed the negative stigma that’s plagued ridership for too long.  Work with private businesses, market the efforts, make it cool and more people will use it. In a recent report, Greg Lindsay (Senior Fellow, New Cities Foundation) suggested that cities leverage existing infrastructure, explore real-time incentives, create mobility labs, launch micro transit pilots and rethink informal transit.  While other suggestions were made, all of these can be done by working with private enterprises, enhancing what’s already available and using feedback to market the right message to consumers. Marketing the difference people are making in their choices is equally important. If people are happy and know they’re making a difference, then ridership will quickly follow.

What’s astonishing is that congestion is one of the most pressing and immediate issues that city residents face, yet few do anything about it. We stop using straws, eat less meat, and make other socially-conscious decisions in our lives to help causes that are far less self-afflicting; so why isn’t it cool to ride the bus?  Let’s change that.

With every problem comes an opportunity.  Now is our city’s opportunity to improve the transportation options, take advantage of the innovation in the industry and publicize the impact that riders can make by using these services.   It’s on us as a society to make the right choices. 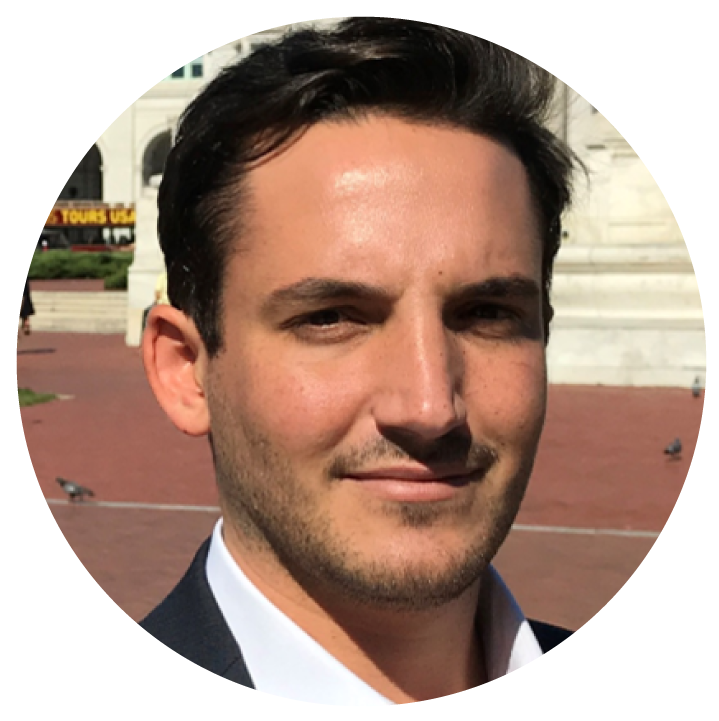 Alex Esposito co-founded Circuit (formerly The Free Ride) with James Mirras in their hometown of East Hampton, NY in 2011. Prior to starting TFR, Alex received his MBA from Bentley University and worked as a business analyst for Accenture and in Marketing for Vistaprint.