Why Urbanists Should Start Learning from Small Cities: The Groningen Case

Why Urbanists Should Start Learning from Small Cities: The Groningen Case

– “Have you heard that they are about to build a bicycle bridge in London?”

– “Yeah! I hope it will be as good as the one in Copenhagen…”

It’s hardly surprising that urbanists refer to famous cities as their reference point: New York, Paris or Tokyo come up in urban debates more often than, say, Belgium’s Ghent or India’s Bangalore. Considering the economic, historical and political importance of these megacities, this trend makes sense. But couldn’t we also learn something from the Mannheims and Perugias of the world? Take Europe for instance: in 2011, only 61 cities had a population larger than 600,000 inhabitants, while 574 cities were home to between 100,000 and 600,000 people. These hundreds of small cities could be an invaluable source of urban inspiration.

Having lived in Tel Aviv, Berlin and Stockholm, I have long ignored the importance of smaller cities. However, last year, academic and professional adventures brought me to Groningen in the Netherlands, a city of 200,000 inhabitants located some 150km North of Amsterdam. Suddenly, I was living in a city that existed outside the global urban-radar, wondering what I could possibly learn from Groningen that an “urban-savvy” like me can’t from world-class cities.

Quite a lot, apparently, and so could you.

Bikes All Over the Place

Groningen is the world’s cycling capital. Over 60% of trips in the city center are made by bike, and long queues of cyclists on their way to the university or the train station are more common than traffic jams. Cyclists in Groningen enjoy comprehensive and safe infrastructure, and small conceptual and technological tweaks are improving their experience daily; for example, on rainy days, some traffic lights prioritize cyclists.

Some might diminish the success of cycling in Dutch cities by claiming that the Netherlands is flat and that Dutch cities are small, but that’s simply an excuse that lets decision-makers off the hook for not investing in cycling. But Groningen is a living example that every city can become a cycling heaven.

Four decades ago, Groningen successfully tackled a problem that cities, both developed and developing countries, are still struggling with. Back then; Groningen was another run-of-the-mill car-oriented city with a gloomy center. While other cities around the world were tearing down old neighborhoods in order to make room for more roads, Groningen opted for another approach: instead of increasing the road supply to cater for cars, they decided to limit the demand. A radical policy (the ‘Circulation Plan’) was implemented in 1977, which made it essentially impossible to drive through the city center. Overnight, cycling became the fastest way to get around, and the city center transformed into a better place for people. 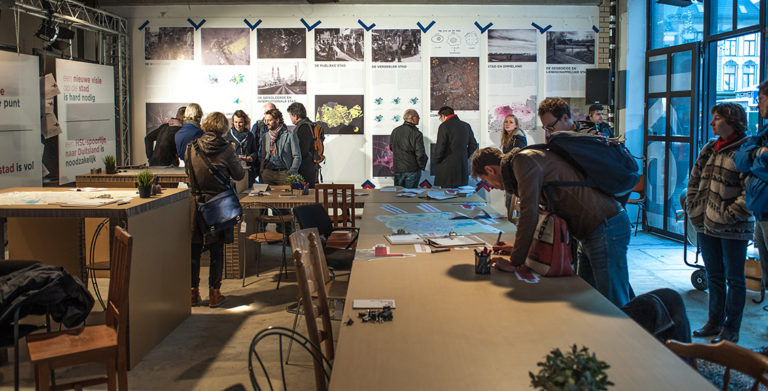 The people-centered approach doesn’t begin and end at mobility planning. Groningen takes the Dutch legacy of people-oriented design a few steps further, and attributes considerable value to citizen participation. Three years ago, the city launched an annual festival titled Let’s Gro, dedicated to informal and productive discussions between the residents and the municipality on the city’s future. Last year’s festival focused on the vision for the inner city on a variety of topics, including commerce, transportation and health.

The participation of citizens is also integrated in day-to-day planning processes. Lately I’ve taken part in the participatory process of planning a new neighborhood playground. All throughout the process, residents contributed to the development, from choosing the location to deciding on the color of the playground’s equipment. The role of the professionals was merely to bring to life the residents’ collective vision. They communicated what they want, we figured out how to do it.

It’s hard to explain unless you experience it, but Groningers are pretty relaxed about their city. They’re proud of it, but they won’t get angry if you make fun of their hometown. In fact, being situated far away from all the action (Amsterdam, Utrecht, Rotterdam and The Hague), Groningen has developed a kind of ‘spiteful’ attitude, with a winning twist: instead of waiting for the big cities to take the lead – Groningen experiments.

This attitude shines when you look around the city. The ‘Circulation Plan’ from the 70’s is one example of trying things differently, but there are plenty more: The Urban Gro Lab, an initiative by the local university and the municipality, uses the public space as a laboratory for applied research for spatial and social issues. A young designer turned vacant shops in the city into popular businesses of creative entrepreneurs. And lastly, the bureaucratic process in a smaller city is less exhausting than that of a mega city – a priceless asset in urban planning.

When it comes to running a city, ideas shouldn’t sit on the planning table for too long. The renowned Brazilian politician and urban planner Jaime Lerner once said that the most important thing in urban development is to avoid trying to have all the answers in advance. Lerner urges cities to start implementing ideas, and to correct their mistakes along the way. That’s exactly the practical attitude present in Groningen.

As Charles Landry wrote in The Art of City Making, “a city should not seek to be the most creative city in the world – it should strive to be the best and most imaginative city for the world”. Groningen does that. It can teach the world that by caring for the needs of your citizens, with an added touch of boldness, you can really make a great, liveable city. 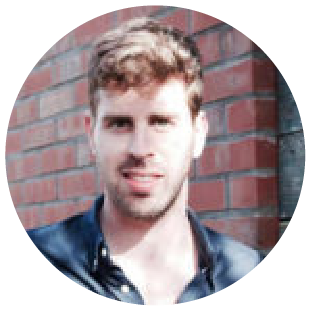 Lior Steinberg is an urban planner, currently based in Groningen, the Netherlands. He has obtained his MSc in Urban and Regional Planning from Stockholm University. Lior designs and rethinks public spaces with attention to local and simple interventions.