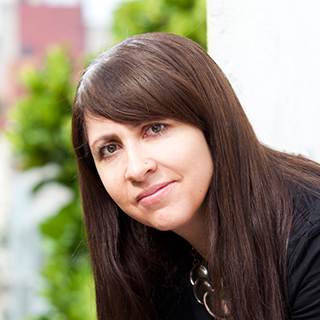 Gabriella Gómez-Mont is the founder of Laboratorio para la Ciudad, the experimental arm / creative think tank of the Mexico City government, reporting to the Mayor. The Lab is a place to reflect about all things city and to explore other social scripts and urban futures for the largest megalopolis in the western hemisphere, working across diverse areas, such as urban creativity, mobility, governance, civic tech, public space etc.  In addition, the Lab searches to create links between civil society and government, constantly shifting shape to accommodate multidisciplinary collaborations, insisting on the importance of political and public imagination in the execution of its experiments.

Besides her fascination with all things city, Gabriella is also a journalist, visual artist, a director of documentary films, as well as a creative advisor to several cities, universities and companies. She has been awarded several international recognitions for her work in different fields, such as the first prize in both the Audi Urban Future Award and the Best Art Practice Award given by the Italian government, as well as the TED City 2.0 Prize, among others.   She is also a TED speaker, TED Senior Fellow, an MIT Director´s Fellow, a Yale World Fellow, an Institute for the Future Fellow, a World Cities Summit Young Leader and part of the international advisory committee for the Mayor of Seoul on Social Innovation as well as C40. She was recently named one of the 100 most creative people in business by Fast Company magazine.