Blockchain and distributed ledger technologies are opening up new capabilities for connected and autonomous vehicles. It is now possible to imagine a future in which vehicles are not only autonomous in their operation but also financially autonomous. Let me explain.

There are many situations today where drivers have to make financial transactions involving their car – from paying for parking, tolls, and fuel or charging to service and cleaning. Psychologists and behavioral economists tell us that being faced with different choices and having to make decisions about payments continually is a taxing and stressful process for humans. It would be preferable for drivers if they could be freed from the cognitive load imposed by tedious micro-decisions involved in making payments for these various transactions on a daily basis. Further, in cases where the vehicle is in motion, taking the driver’s mind off such decisions is not only desirable but in fact imperative for safety. It is for this reason that today’s electronic toll systems already automatically detect and charge drivers for using toll roads.

Vehicles are being engineered and developed to have greater autonomy not only to improve safety on the road, but also enhance productivity and convenience for their human passengers, letting them focus on what is truly important in their lives. Allowing vehicles to make independent financial transactions involved in other settings like parking and fuel or even for cleaning, maintenance or other service repairs in an automated manner would be a natural next step.

Now, I know what you may be wondering – what if the financial autonomy of vehicles results in sticker shock? In other words, could a car deplete your bank balance by paying too much for necessary services? Clearly, this will have to be thought through quite carefully. Approaches ranging from constraining the budget for each transaction or over a period of time to creating artificial intelligence (AI) tools that can find or even negotiate and bargain for the best-priced, highest value solutions, will have to be explored to offer peace of mind. Financially autonomous vehicles may also have built-in AI software that can learn their human owner’s context-dependent preference between price and convenience. Should your autonomous car pick the cheapest spot or the one which minimizes the time to your meeting? The answer may depend on who the meeting is with or what it is about. These systems will evolve to get better over time. As algorithms compete for adoption, those that are good at managing the vehicle owners’ funds while meeting their needs are more likely to survive.

As we move to an increasingly digital future for vehicles, from greater connectivity with other cars and infrastructure to a greater level of sensing and need for computational processing, there are other digitally-mediated economic transactions that vehicles may be involved with. These include transactions with external sensors, communication networks, computational processors, and digital storage points that are in the environment the vehicles operate in. Or they could involve monetizing the data being produced by the vehicle itself. In ongoing research at the USC Viterbi Center for Cyber-Physical Systems and the Internet of Things, we are developing new algorithms, protocols and software that can help implement such transactions. For example, we recently proposed the streaming data payment protocol (SDPP), a cryptocurrency-agnostic application-layer client-server protocol that enables micro-payments for real-time data from sensors that could be used as part of such vehicular systems. SDPP allows distributed ledgers to log all relevant transaction records such as invoices and payment receipts, in order to facilitate dispute resolution or to enable transaction-based trust mechanisms.

And in the future, self-driving vehicles may offload complex environment processing tasks or the synthesis of data from multiple viewpoints to edge computers deployed by the roadside, possibly as part of 5-G cellular base stations. We recently proposed SmartEdge, a smart contract that would allow edge computing devices to perform computational tasks for autonomous vehicles, in exchange for payment. The ability to generate revenue from compute will incentivize companies to deploy road-side edge computing resources at sufficient density and keep them serviced and upgraded to the most current capabilities.

As a further step, financially autonomous vehicles may figure out ways not only to reduce the cognitive load and save on spending but also to earn for their owners. They may do so in a number of ways: by taking on paying riders, undertaking food and goods delivery jobs, providing energy from their batteries to other cars and devices, offering computation, storage and communication relay capabilities to other vehicles, or by selling valuable data gathered by their internal sensors, without the necessary intervention of a centralized platform. Finally, the day may not be far off when financially autonomous vehicles could become secure assets that are “tokenized” using blockchain technology, so that they no longer have a single owner but instead a dynamic collection of shareholders vested in their operation. Just as corporations have their own legal identities today, laws may then evolve to treat each financially autonomous vehicle as a legal entity… 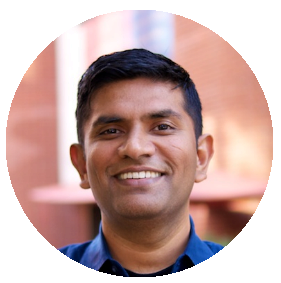 Bhaskar Krishnamachari is a Professor at the USC Viterbi School of Engineering, where he serves as the Director of the Center for Cyber-Physical Systems and the Internet of Things. His research interests include next generation wireless networks for the internet of things, connected and autonomous vehicles, and blockchain technologies.