The Future of Mobility Must be a “Connected” One

The Future of Mobility Must be a “Connected” One

There’s a perception that once driverless cars are on our streets, a “driverless utopia” will happen almost automatically: a reduction of deaths caused by auto accidents, the declining need for parking garages close to city centers, the ability to relax in your car on the way to work and the maximum utilization of vehicles that normally sit idle 95% of the day. But none of those benefits will occur unless driverless cars become “connected” cars and our society continues to adopt, adapt and pay for disruptive technology and infrastructure, such as driverless car-only lanes, roads and highways.

I recently moderated an International Project Finance Association panel titled, “Autonomous and Connected Vehicles: What are the Impacts and Implications?” I explained the title of the panel to the audience by stating something many of them already knew: driverless cars are basically here. You can go to Las Vegas and (if you are lucky) get a driverless Lyft from the airport. You can log on to YouTube and watch videos of driverless cars. And soon, on California roads, you may see driverless cars being tested.

But what I highlighted was the word “connected.” In the past six months, that word has taken on a new significance for me because, in the context of driverless cars, it means everything. A driverless car that’s not connected to the road it drives on, via traffic signals and other infrastructure, and isn’t communicating with other vehicles on the road, is simply a car without a driver.

Taking that a step further, the word “connected” means more than just the Vehicle to Vehicle (V2V) and Vehicle to Infrastructure (V2I) connotations that most in the driverless space think of. To me, “connected” also refers to a mindset shift that must happen for this new technology to solidify and alter our cities for the better. That mindset shift includes thinking differently about how we finance the critical infrastructure needed to maximize the efficiency and security of driverless cars and continue to adopt and adapt to disruptive technology and infrastructure.

In the most recent election, a majority of California voters rejected a measure to undo recent increases to state fuel taxes and vehicle registration fees, protecting billions of dollars in funding for road maintenance and other transportation projects. When you have buy-in from the voters on paying more toward our critical transportation infrastructure, the glue of connectedness gets stickier.

Another example of being “connected” is the mass adoption of transportation alternatives like Uber, Lyft, Bird, Lime and others. It takes faith to climb into a stranger’s car or to ride a small scooter in the car-dominated streets, but their mass adoption shows that we are ready for change. If we had rejected these new disruptive technologies, local governments would have likely regulated them out of existence. Thankfully, the majority of the public showed it was fed up with the status quo and wanted a better way to commute, travel and live—and would pay for it.

To build a driverless utopia, we as a society must be willing to pay for the critical infrastructure needed and adopt and adapt to transportation alternatives. By doing so, we may someday live in a world with reduced traffic deaths, better commuting conditions and maximum utilization of assets and resources—a true utopia. 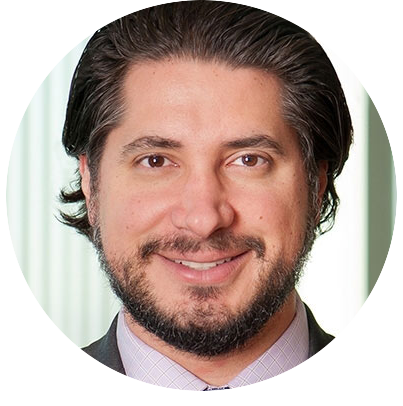